According to Kelly Uribe, a recent addition to the YVB staff who took on parade wrangler responsibilities just weeks after coming on board, the following entries won top honors in the 13th annual event:
The first five include a cash award; the Dorothy Young award is represented by a traveling trophy. The grand prize for best depiction of the parade theme was renamed after Mary Jane Allen, who served as a parade judge every year until her death in 2014.

"Honestly, everyone is a winner, especially Yuma residents and visitors who get to enjoy this fun, free event every year," Uribe said. "People really had fun with the 'Rock 'n' Roll Christmas' theme and there were a lot of clever variations on that."

"Those who knew her told me that Dorothy would have been delighted to see how this event has grown," Uribe added, noting that the 2015 parade had 90 official entries, which matched the record set in 2014. "And since the Gadsden band was one of the very first bands to join in, she'd be pleased her trophy is headed back to them."
Uribe also thanked parade sponsors APS, Southwest Gas, Cocopah Casino and Yuma Crossing National Heritage Area, and noted that sponsorships and entry fees help to cover the costs involved in staging the parade. 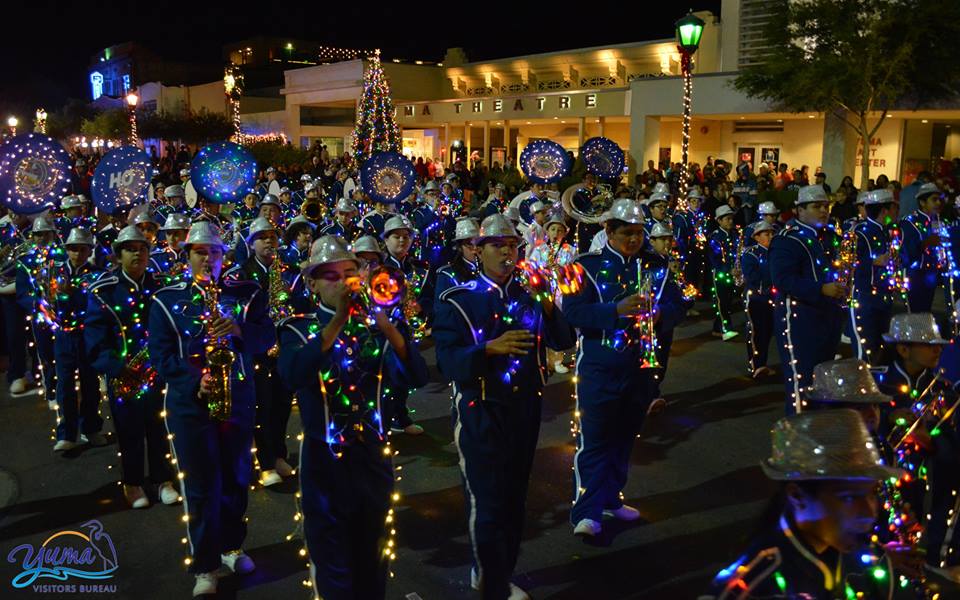 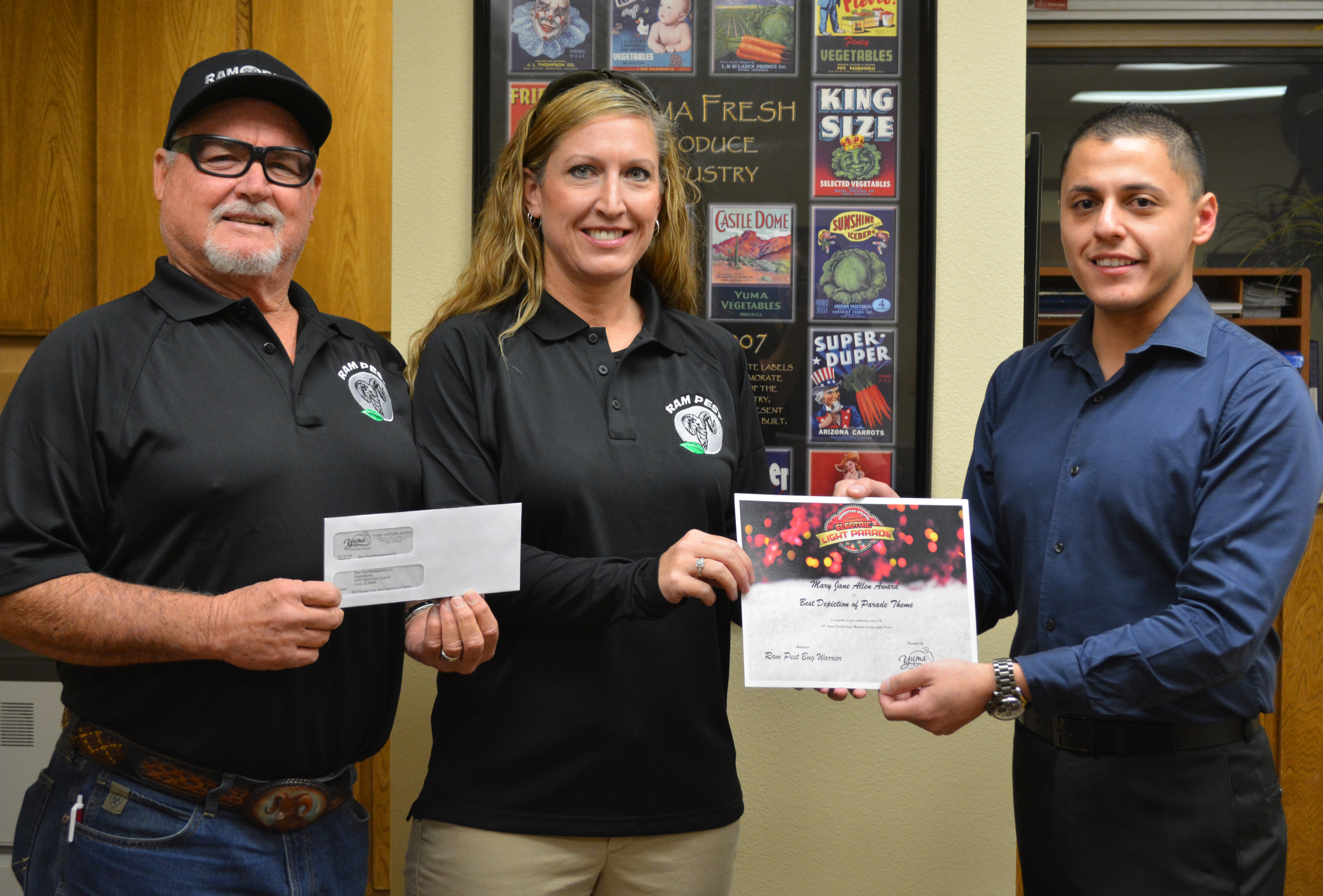 Ron (left) and Paula Martin (center) of RAM Pest receive the Mary Jane Allen Award for Best Depiction of Parade Theme from Yuma Visitors Bureau's Fernando Zacarias (right).
In addition to the $400 cash prize, RAM Pest contributed $600 to their winnings and donated the $1,000 total to K.I.D.S. CuddleKit Closet, continuing the company's proud tradition of giving back to the Yuma community. 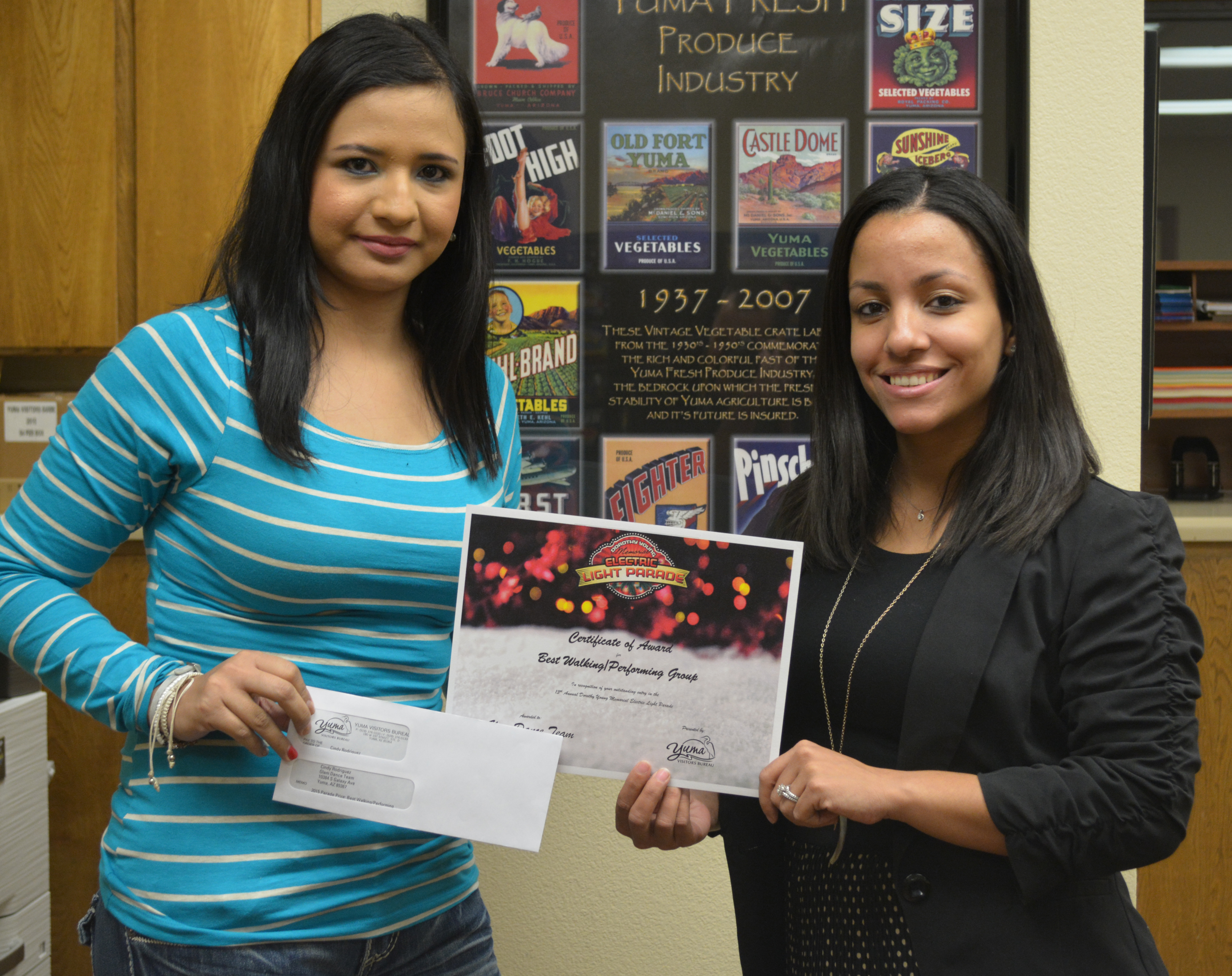